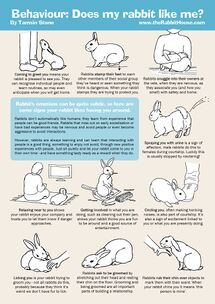 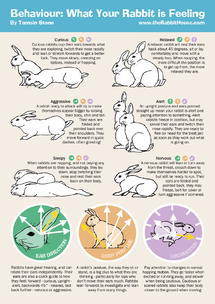 Tamsin Stone. Behaviour: What Your Rabbit is Feeling 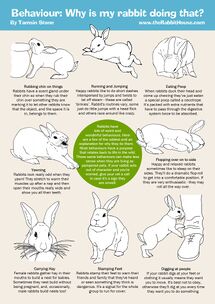 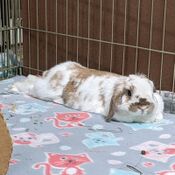 A Holland Lop stretching out in relaxation. 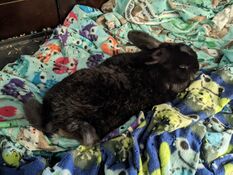 A rabbit flopping out in discomfort, not in relaxation. She was pressing her belly against the floor and adjusting her feet but did not want move or eat any treats. Her eyes were also squinting in pain. 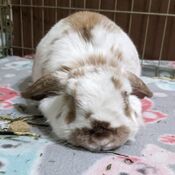 A Holland Lop stretching out and offering his forehead in demand for pets.